It was on this day that President George W. Bush received the Sudden, Violent News about the attack on the World Trade Center. Notice the three planets that are involved in hard aspects to his daily Ascendant or ruler, Mercury, the deliverer of news? Mercury is the messenger and communicator. It was this morning when the tragic news was delivered to him in that classroom. Mercury is our focus in this chart because it’s the planet ruling this day for him personally. Progressed Mars is conjunct his Diurnal Mercury showing Violent news and Progressed Mercury is opposite Uranus who rules airplanes. By using the simplicity of the Zodiac we can easily see President George W. Bush having a strong potential for receiving Violent News Dealing with Airplanes on this day. 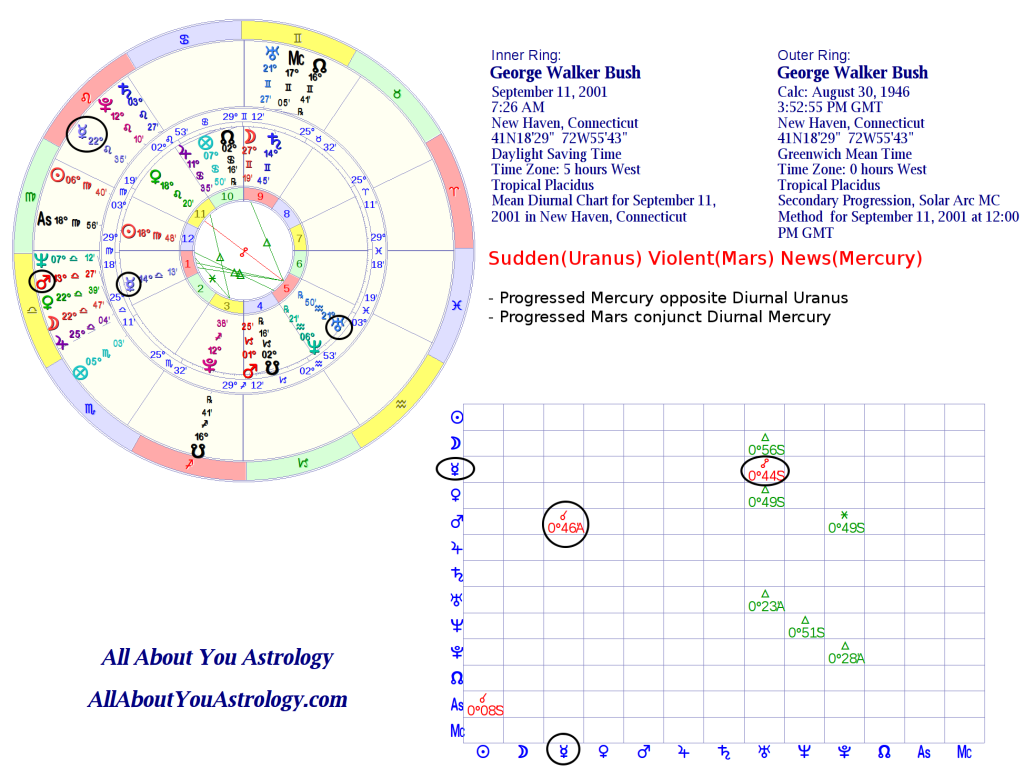