It was in the summer of 2013 that Edward Snowden clearly reflected his Neptune square Uranus transit as shown below. We also have to look at his birth chart potential for such a massive event in his life.

He has a Strong Destiny of bringing forth a message to the world!

That is enough convincing evidence for me showing how the stars reflected Mr. Snowden's role in this incarnation. 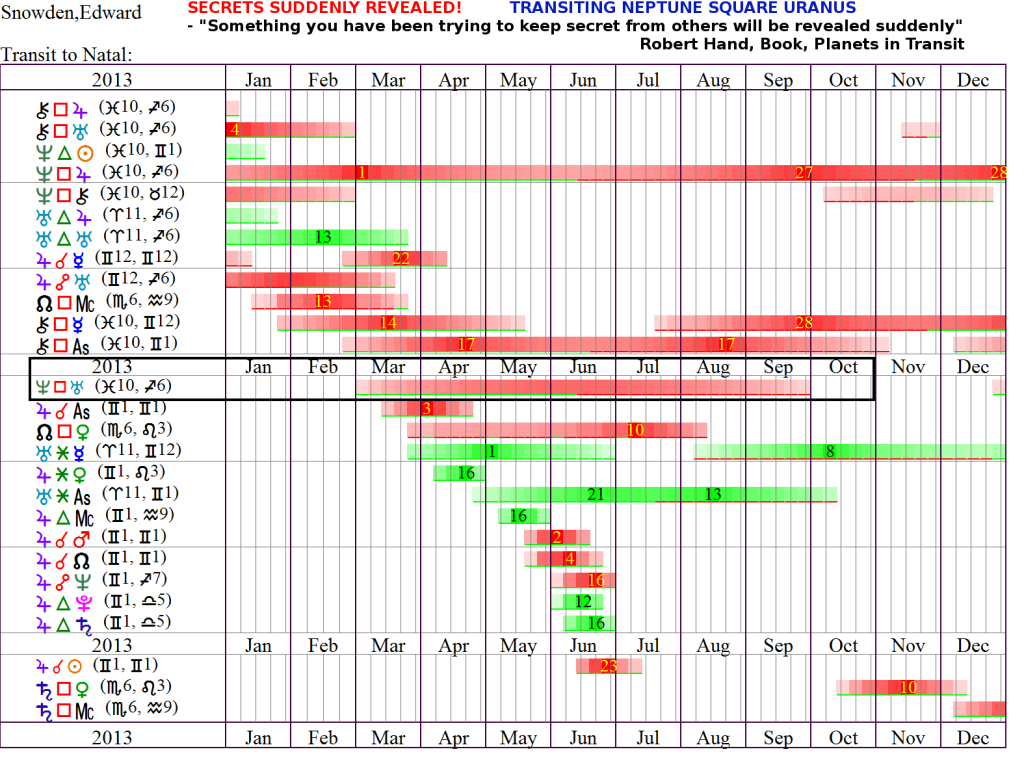 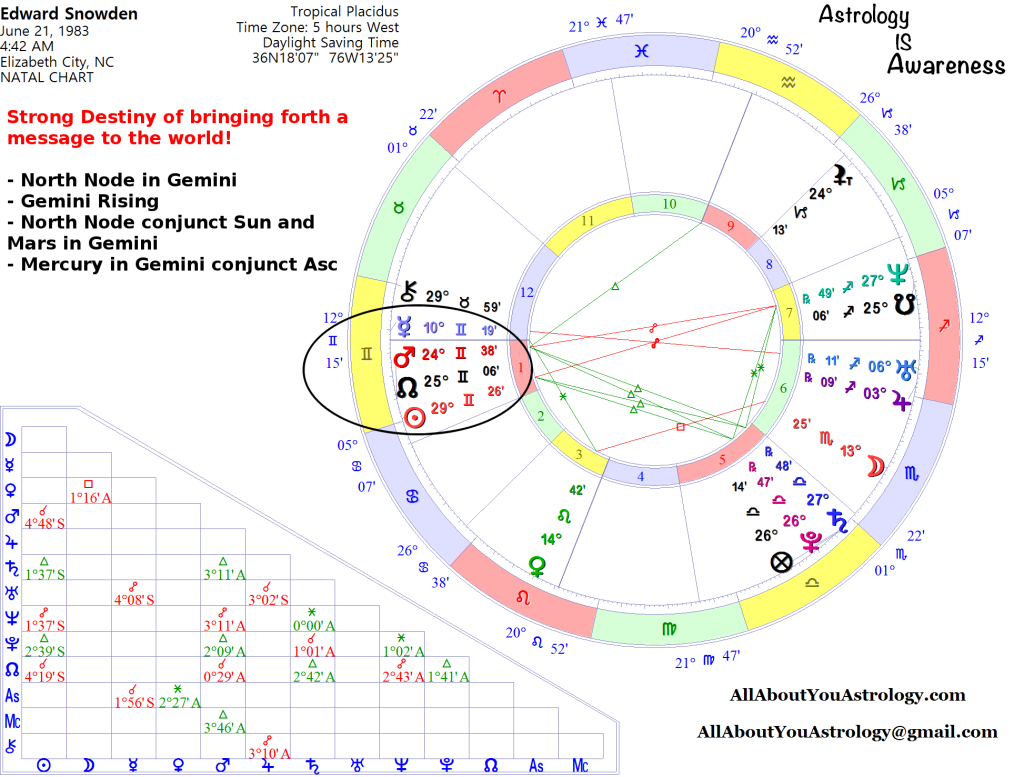