A homosexual man has to have strong feminine traits within their birth chart. Ricky Martin has his North Node conjunct Venus in the 8th house of secrets that become revealed. He has his moon in Pisces opposite Pluto in Libra. Pluto pushes him to reveal his feminine side. His Sun is in T-Square to his Moon & Pluto showing that his ego is charged with this Feminine energy revealing itself. 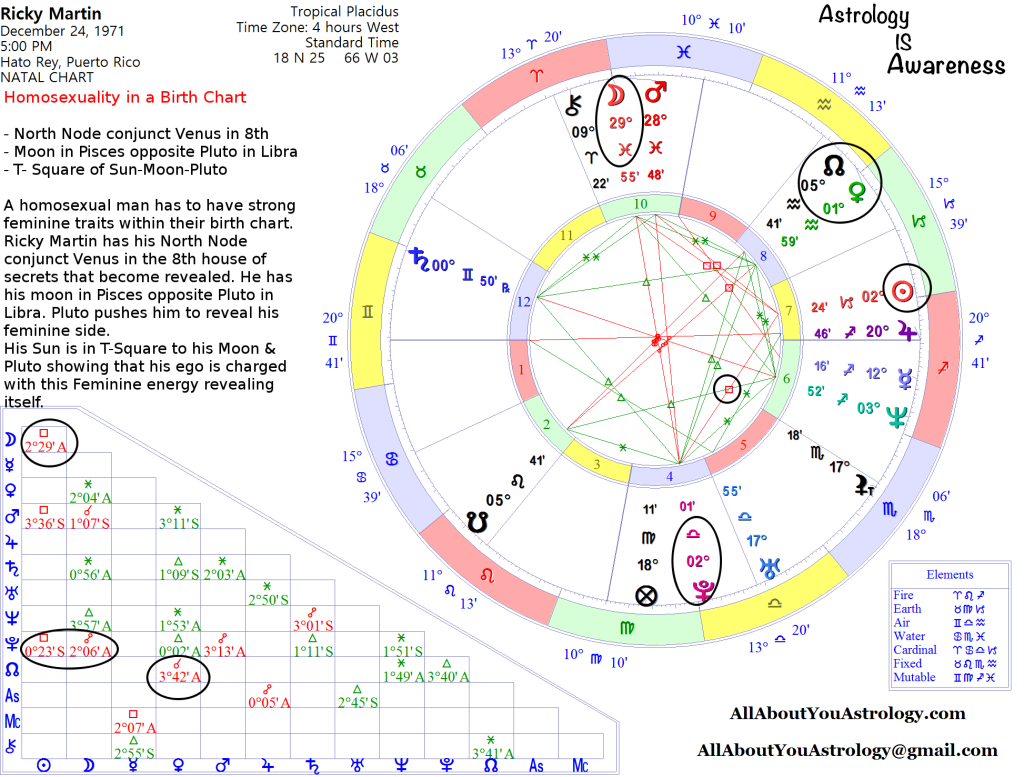