Gary Ridgway is perhaps in the top 10 of the darkest serial killers known to man in modern times. Indeed back in the days of swords and axes, human beings were probably all ruthless and violent to each other. Could Gary Ridgway be one of the remnants left over from a past brutal humanity incarnating into a somewhat civilized world? Could modern terrorists and pathological psychopaths simply be the last few incarnations before a new golden age of peace? Astrology helps us see who may be working off that old violent emotional karma. We can use Astrology to help those with violent birth charts to harness the energy in a more productive way. I always say that boxers, wrestlers and violent sports heroes of our day are most likely working off their violent karma in a more civilized fashion.

Take a look at this birth chart and look at Gary’s South Node(Dragons Tail) in the 8th house of darkness, death and sex. The South Node is where we came from in previous incarnations. Take it even further with his South Node ruler, Venus in the dark 12th house square his Scorpio Moon in his 8th house of Death & Sex. Then you have Pluto opposite his South Node Ruler. Venus is also ruling his 8th house. Everything points to a Dark past. Now look at his North node in Aries. His North Node is what he needs to face and work out in this life. What is interesting about this is that even his North Node points to a tendency for violence. His North Node ruler is Mars conjunct his Sun in the 1st house of identity.

Was there a better way for Gary to harness this violent karmic past and produce a more productive life free of murder? I actually do believe freewill accompanied by Agape Love can change the course of any karmic past and produce a healthy life. Some people may disagree with me and say he was destined to kill, but I don’t think so. If he can feel the pain he has caused others he can change. When a soul has a life review we feel what others feel when we mistreat them in order for us to change the way we act. Perhaps Gary will have a very difficult life review that resembles what some religions call Hell. If he can process the pain he has caused it may just turn his soul around. Religions call this repentance followed by forgiveness. Gary did have an obsessive religious period in his life where he became a fanatic. Maybe his higher self was trying to turn him around at that time. In my opinion our higher self is always nudging us to a better path. The universe is always moving and changing as we also change. We never stay the same, and neither will Gary Ridgway. 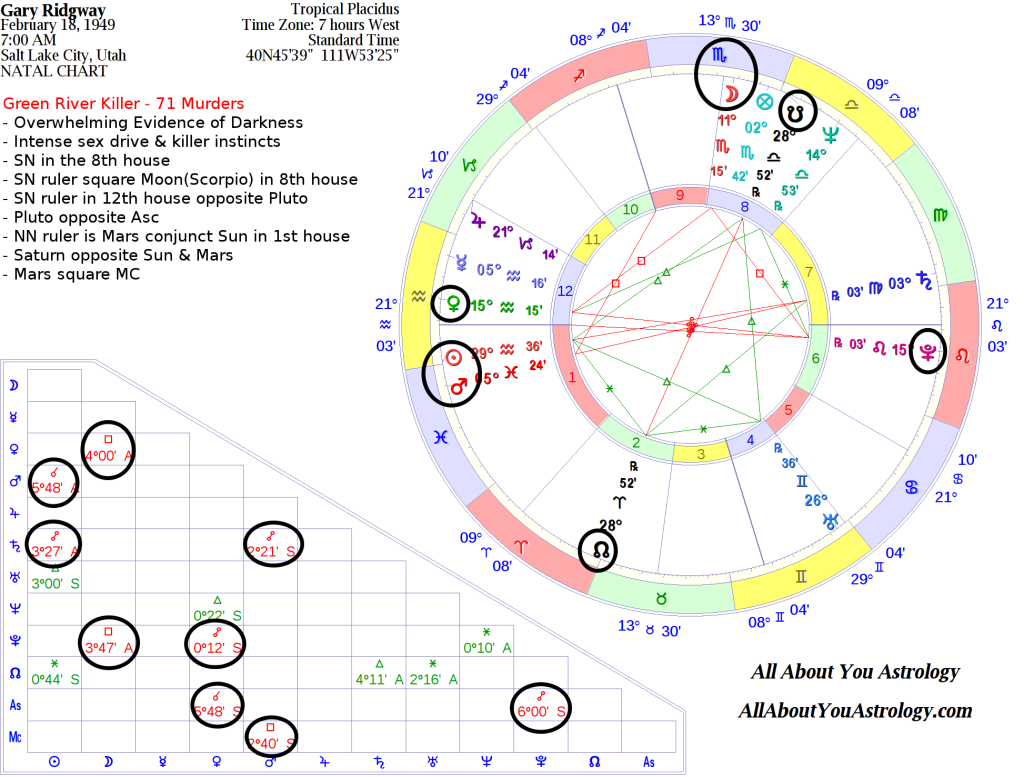