Why does Donald Trump have so much public favor?

If we look at Donald’s current progressed chart we can see very clearly that the stars are giving him public favor at this time indeed!

Take a close look at his progressed Sun conjunct his Ascendant in Leo. The Sun and Leo are the energies of a King.

Take a look at his Progressed Ascendant conjunct Jupiter. Another symbol of a King!

Now look at this exaggerated aspect for public favor:
Progressed Ascendant is square Venus
You would think this is a negative aspect, but it’s not negative at all. If anything it exaggerates his public favor dramatically. Robert Hand in his Book Planets in Transit says, this aspect can give “unusually harmonious relationships…” 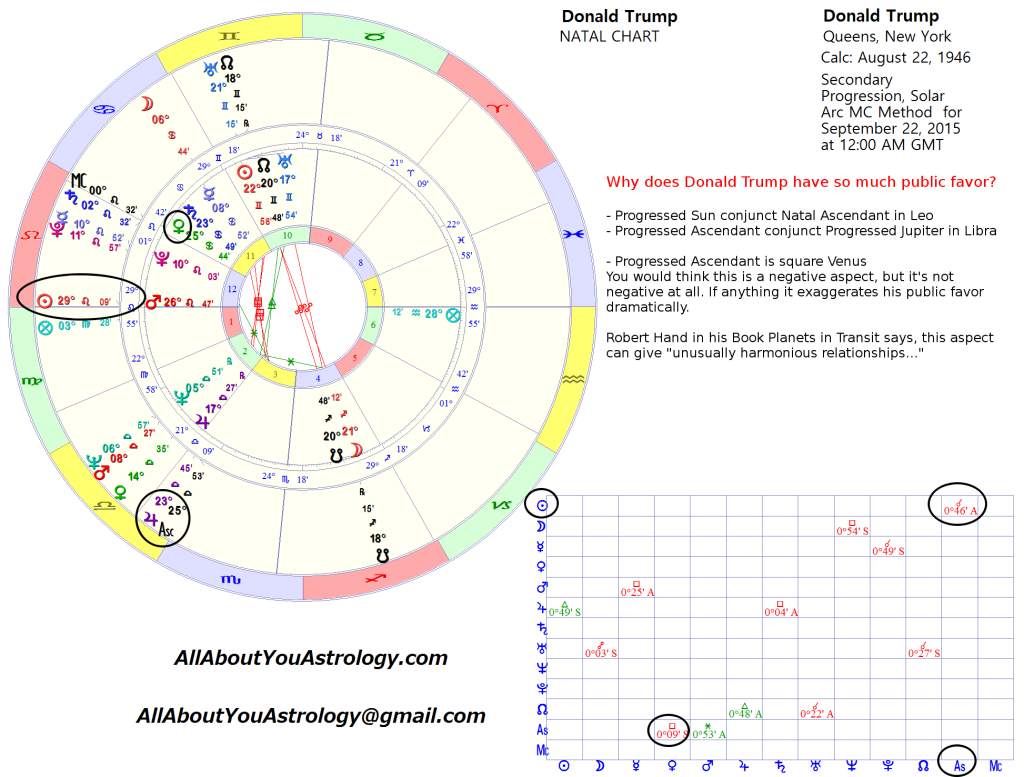