A Sad Day when Violent Radical Beliefs Explode into the murder of 50 Innocent victims at the Pulse Nightclub in Orlando on June 12th, 2016. The Planetary transits for Omar Mateen on the day of his murder rampage is clearly visible. - Mars Conjunct his Sun, Opposite his Moon and square his Natal Mars in the 9th house of beliefs. - Transiting Sun is Opposite the Radical planet Uranus in Sagittarius(Beliefs) in his birth chart signifying a shocking period. I totally believe each soul is on a path of growth and indeed two different souls can experience the same exact energy and have completely different outcomes. One soul who is not very developed holds onto their beliefs so strongly they are willing to destroy anyone who does not believe as they do. Then a soul who is more developed may have strong radical beliefs just like this chart suggests but realizes we are all part of the same Universe and connected to each other even if we hold differing beliefs. 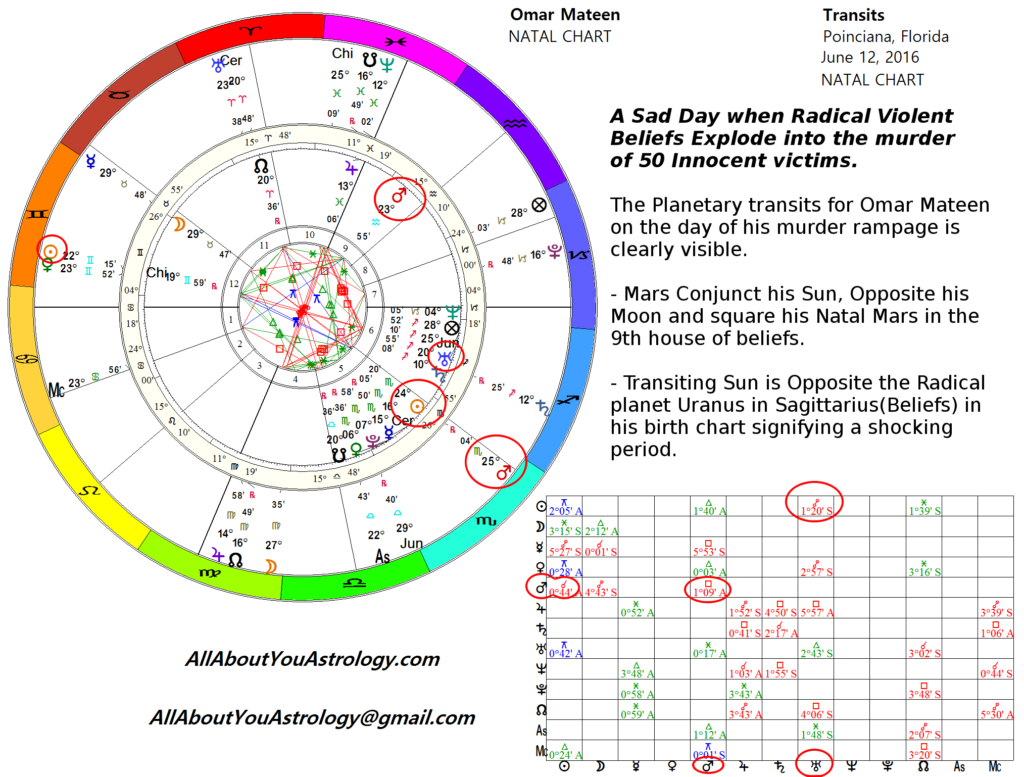 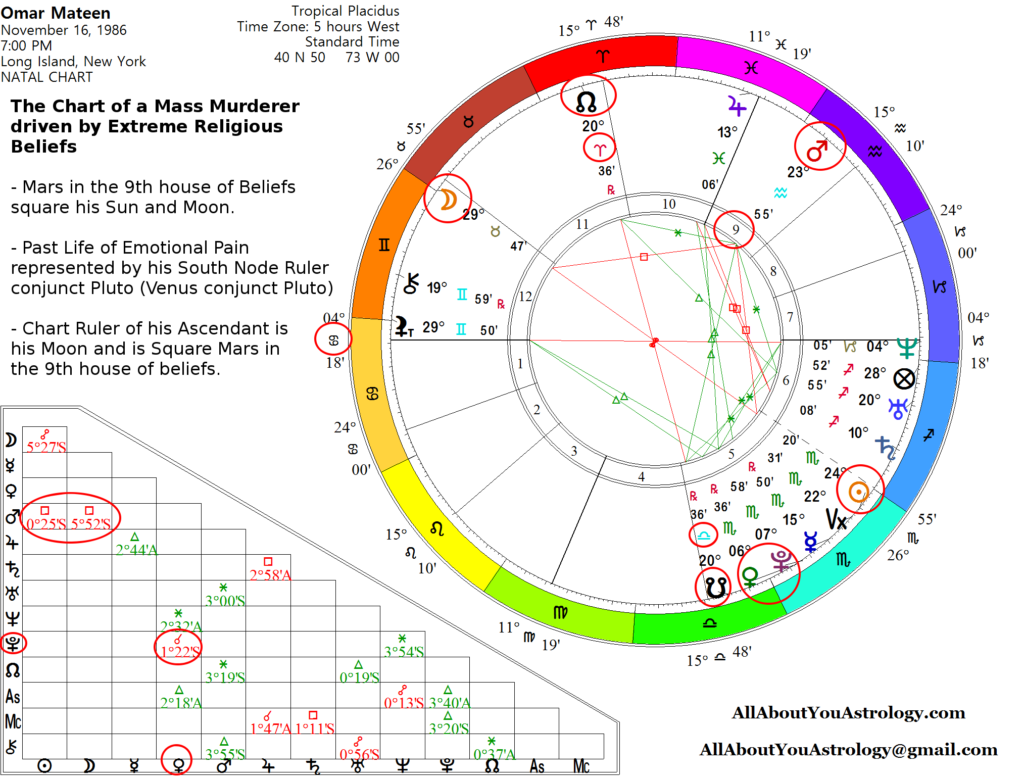