This is perhaps one of the most exciting astrological charts to read! On May 5, 2010 Jacki Cisneros wins 266 Million Dollars in the Mega Millions lottery. Pay attention first to her secondary progressions for May 2010, then look at her birth chart and day charts. You see overwhelming evidence everywhere for a fortune to be made in this lifetime. Her karmic south node ruler is Mercury in her second house of money along with a ton of of other planets supporting that house. It was just a matter of time before this house would get it’s fulfillment and the Universe/God chose the Lottery to bring it in. 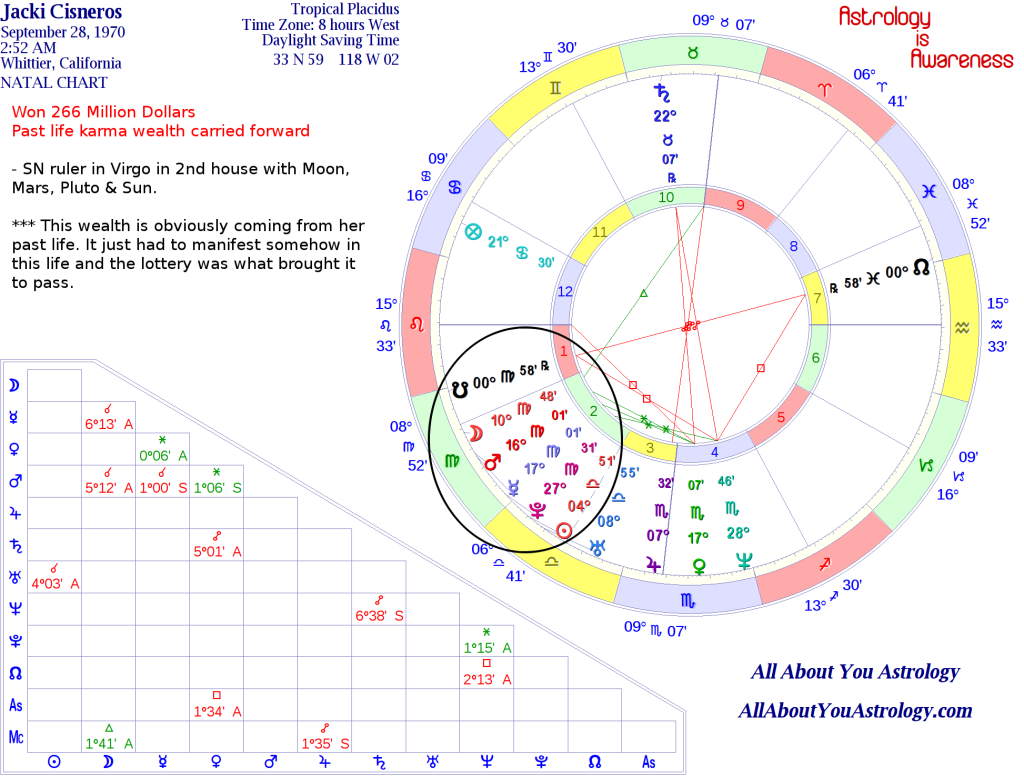 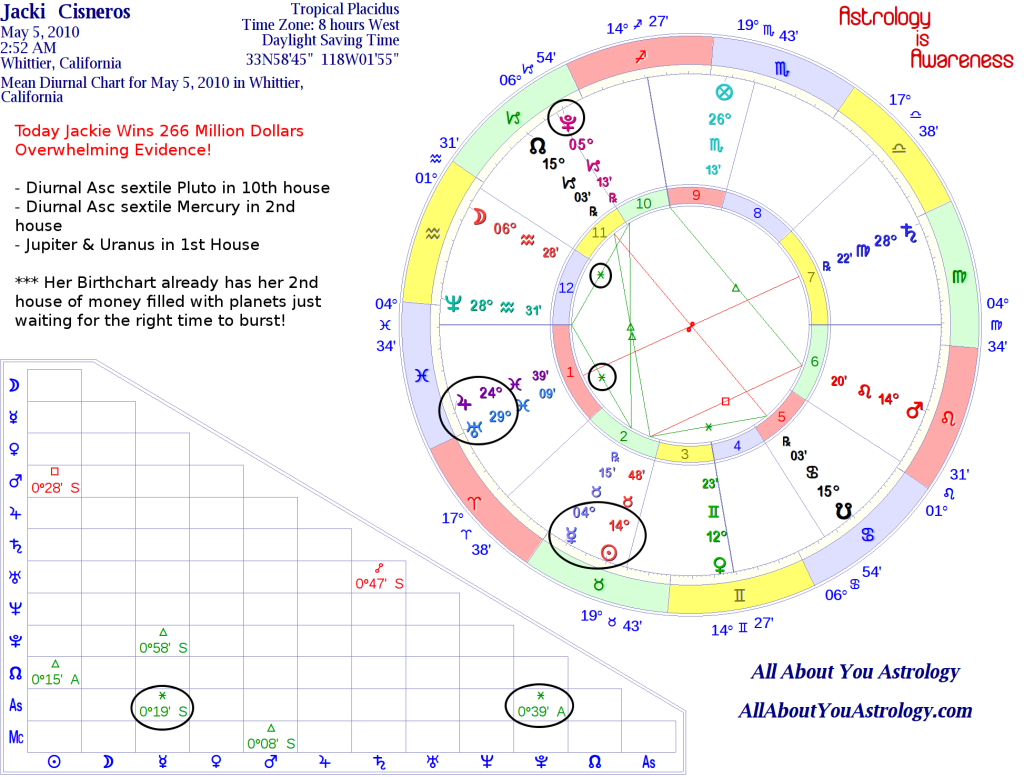