On Dec 29, 1991 Ivana Trump ran into Donald’s mistress, Marla Maples while vacationing at a ski resort. It was also during this year that he had his first corporate bankruptcy after purchasing the Taj Mahal with junk bonds and overwhelming debts.As indicated in the following charts they show clear indications of these events especially in his 1990 Progressions of his Progressed Ascendant conjunct Neptune(Personal Secrets, Poor personal decisions) & his Progressed MC square Neptune(Delusional Business Decisions). Ad in a progressed Ascendant conjunct progressed Neptune and you have a recipe for overwhelming evidence of these events during these few years of his life. What makes this analysis interesting is that Trump is a great extreme case sampling of high wealth. If there are major events in his life, they show up in much greater proportions than the average person. If I were to analyze the years of his success you will not see so many Neptunian hard aspects taking place at one time like in 1989 through 1992. In fact not long after these challenging years Donald bounced back even stronger than he was before. His birth chart Mars conjunct his Leo Ascendant. Donald embodies this Mars Leo Archetype of high Ego, heck, he even admits it himself! Donald has extreme self confidence and passion in what he does and we can all learn from him, especially those of us with low self esteem and confidence. What is incredibly interesting about myself is that I have a North Node Destiny in Aries with Jupiter in my 10th house. I own my own business but I have always struggled with holding onto the type of confidence Donald and many other successful businessmen have. I have always been drawn to these types and I now know that my Aries North Node is the Vibration that resonates toward the self made businessman that I have become. 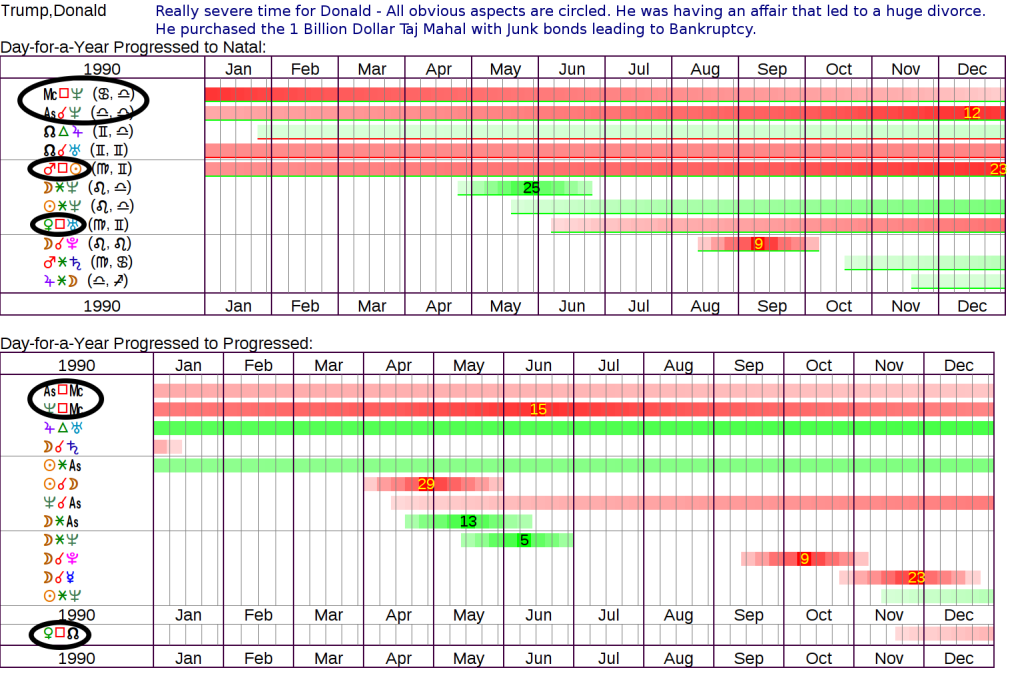 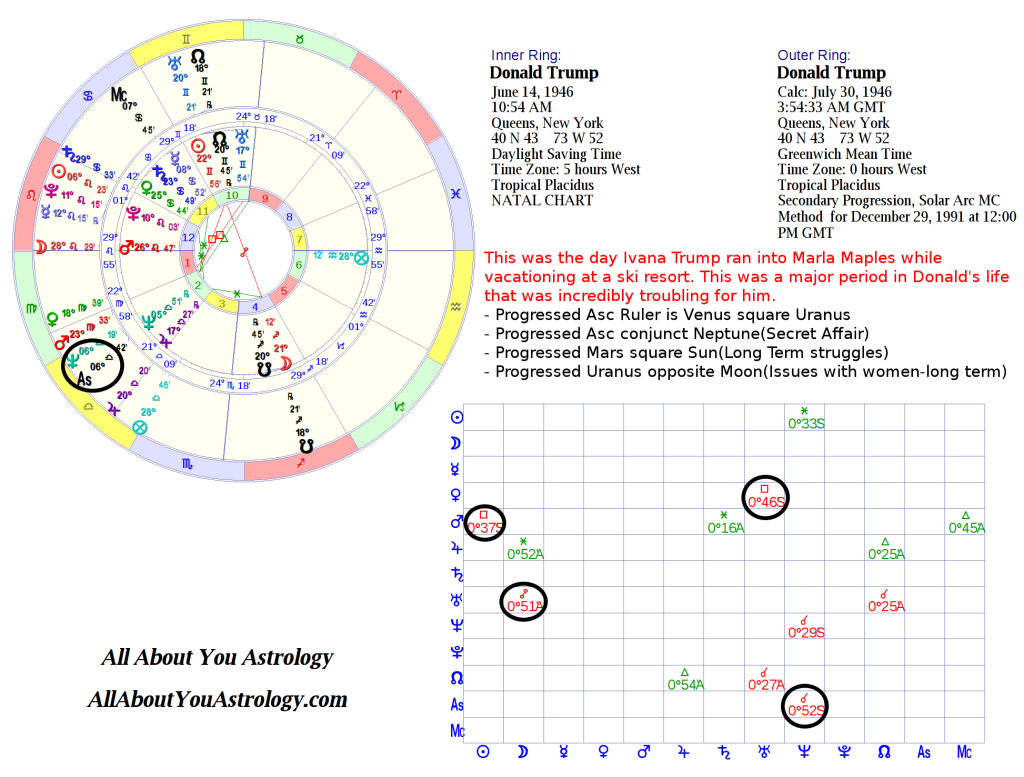 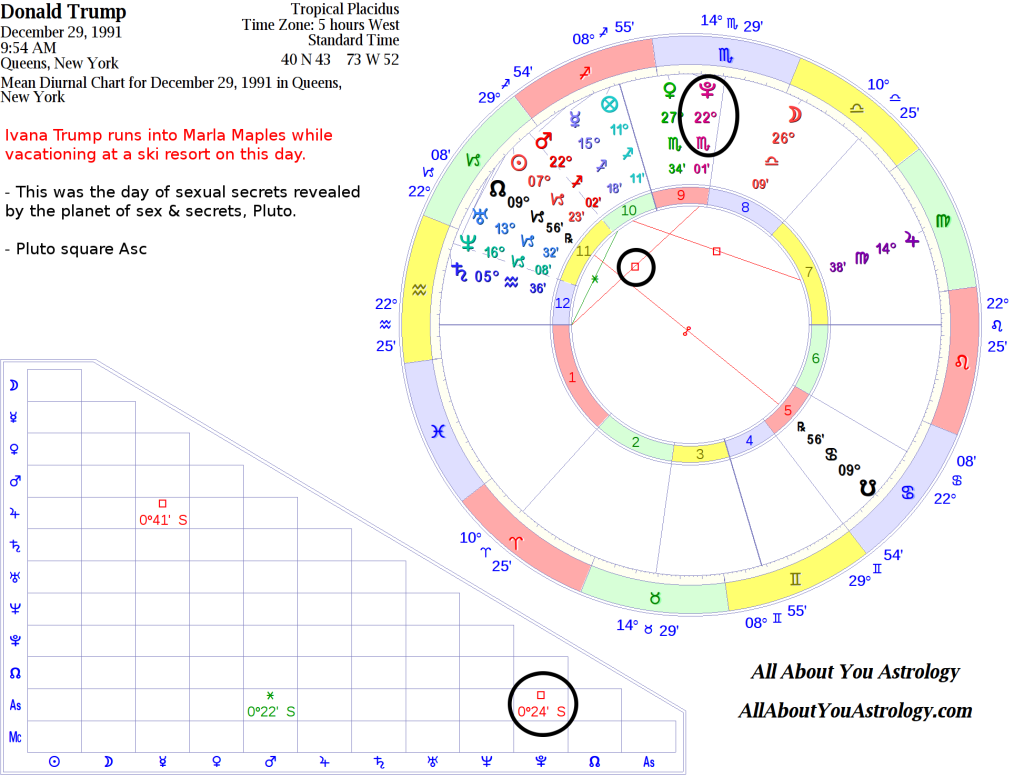