It was obvious to most of us that the amazingly talented and kindhearted man, Robin Williams was an extreme sensitive. He struggled with drug addiction and the harshness of life. He was so talented that we forget that celebrities also have emotions too. Can we have helped him not commit suicide? I think we could have if he were open to the help. First look at his overwhelming Natal Birth chart showing his Lunar North Node conjunct the emotional Moon in the Sensitive sign of Pisces in the emotional 4th house. Then observe his North Node ruler, Neptune square Mars and opposite Jupiter. Robin was destined to face a very sensitively emotional life.

After you observe his natal chart take a look at his day chart below it with his Diurnal day ruler Pluto in numerous difficult aspects. One of the biggest things Pluto is known for is Death and combine that reputation with Mars, Uranus and his two personal planets, Sun & Moon and you can easily see a story being shown for this day. I still believe it could have been prevented with some unconditional love and help from humanity.

Then look at the overwhelming number of challenging transits. 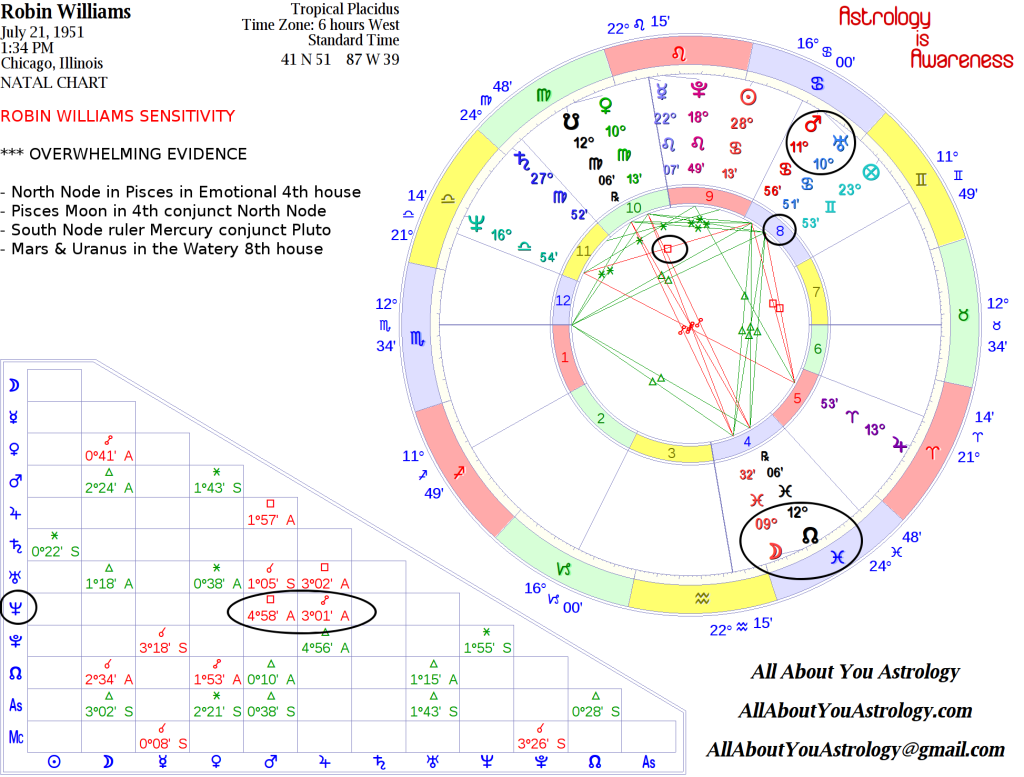 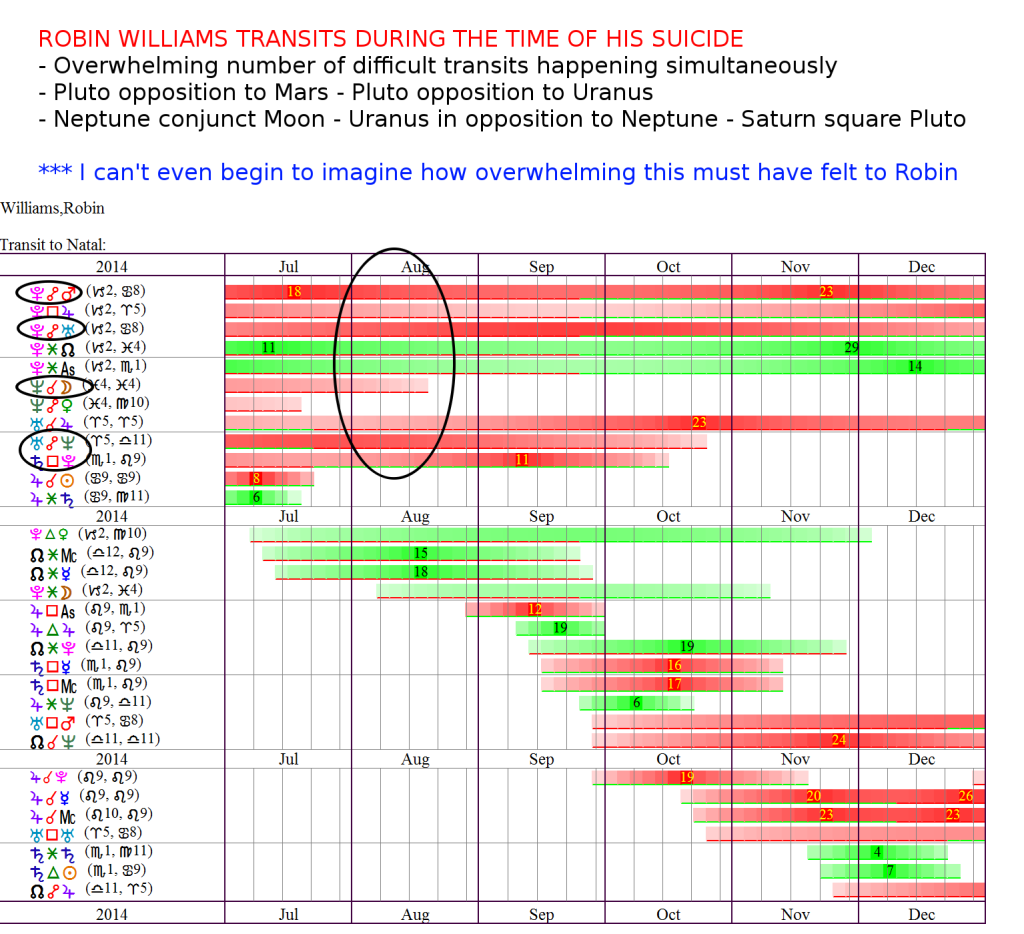