BORN WITH A STRONG DESIRE TO ESCAPE PHYSICAL LIFE(NIRVANA)

Kurt Cobain was extremely successful in 1991 with Nirvana and within only a few short years he dies after a severe depression and drug addiction. Whether it was Suicide or Murder one thing Astrology confirms was his 1994 severe depression and drug addiction. You can first see his birth chart potential for Escapism mentality, drug addiction and artistic success as noted above and in the charts below. When you look at his contrasting 1991 success you can see his Sun being highly favored among the stars in his progressions shown below. Then swing back to his 1994 Transit of Pluto conjunct transiting North Node conjunct Neptune to indicate something dark he is facing in life at the time of his death. Can he have avoided death? I believe so, but Kurt was facing severe emotional pain that very few of us are experiencing in this lifetime. Astrology brings clarity to someones situation and in this case we can understand Kurt faced dark situations in past lives represented by his South Node conjunct Mars in Scorpio and his North node in his 8th house bringing him to face yet again those same dark issues. Kurt may have been struggling with physical life for quite some time represented by so many planets in Pisces. He may even have been a spiritual leader at some point because of his fascination with the Buddhist concept of Nirvana. Kurt did not enjoy physical life. He was happy when he was creating art or on drugs. When his soul plans his next incarnation he may emphasize more earth than water elements in his chart to ground him more. He will resist, but the Universe can assist him in balancing this way off balanced sensitive watery energy. 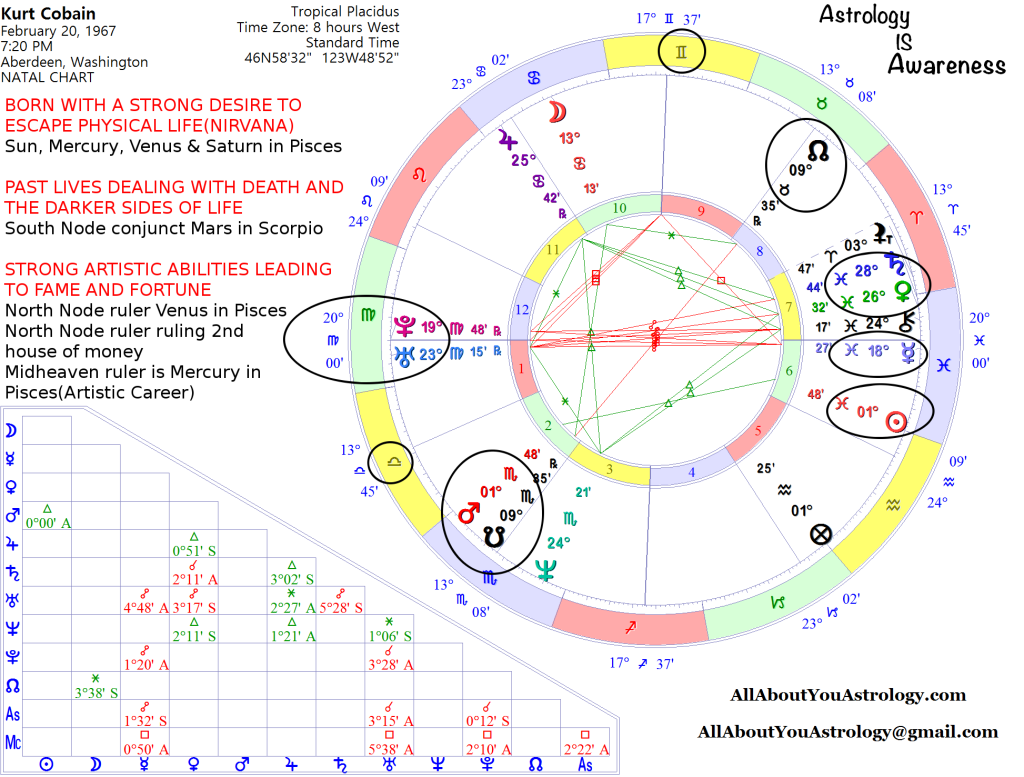 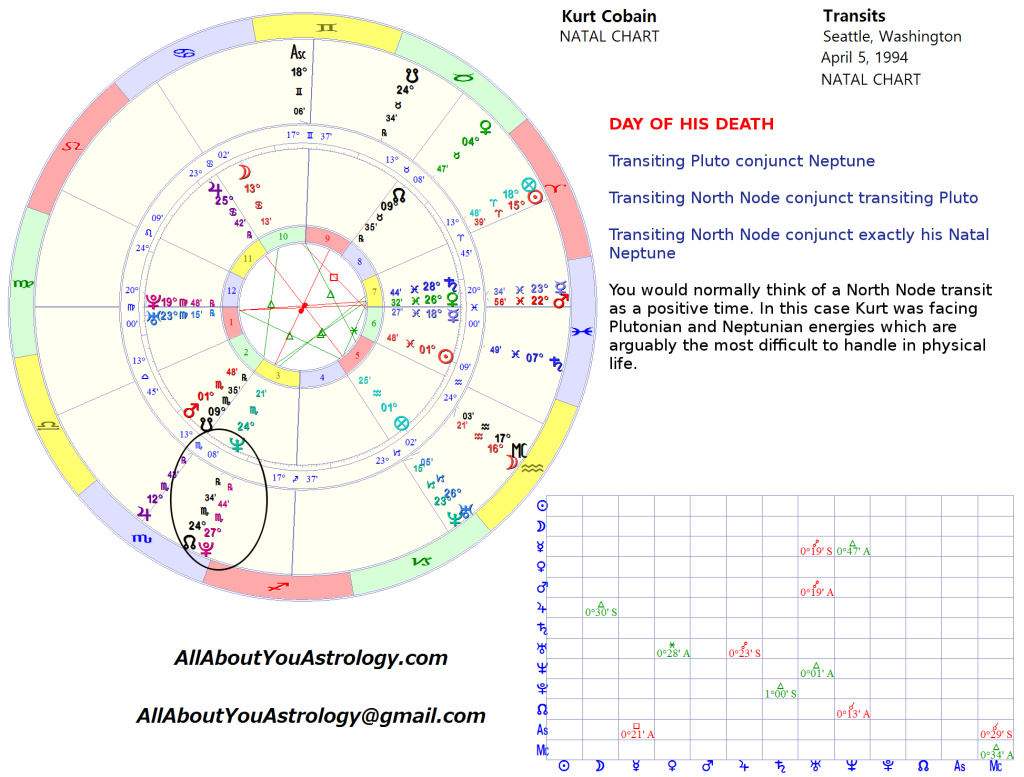